In April, an ad for Ladbrokes appeared on TV in the UK. It began with a voice-over that stated “I’m a nodder: up to the football, down to the app like a dog on a dashboard.” It showed a man looking up at a football game on a screen and then back to his phone where he appeared to be placing bets. The next scene showed a man at a train station who appeared to be using the Ladbrokes app on his phone. The voice-over stated “When I bet I’m a frustrated manager. I kick every ball.” The scene showed the man making kicking motions and visibly frustrated. His actions caused a glance from another person waiting at the station who was standing normally.

The next scene showed three men watching football. The voice-over stated “If I’ve got an acca [short for accumulator] coming in, I find myself getting very excited.” The three men were then seen jumping and screaming after a goal was scored, the goal was then reviewed by the VAR (Video Assistant Referee) as the three men looked extremely tense and nervous. As the tension mounted, one of the men said “I just want the cheer.”, the other man replied “Not yet.” - they continued to look nervous. To close, the Ladbrokes logo appeared and the voice-over announced “However you like to play, we’ve got your bet. Boost your acca odds at Ladbrokes.com.”

One person complained that the ad portrayed people who appeared to be addicted to gambling, and therefore was concerned that the ad depicted gambling behaviour that was socially irresponsible.

Ladbrokes sought advice about a VOD version of the ad from CAP’s Copy Advice service before use, and the TV version had been approved by Clearcast.

The underlying idea was to present the types of feelings experienced by normal fans watching football matches. Ladbrokes stated that none of the scenes depicted behaviour that the guidance highlighted as indicators of problem gambling. They said the characters were engaged with their surroundings and watching football. They also said the ad did not suggest solitary gambling was preferable to social gambling, depict gambling in the workplace, or suggest that it was an escape from problems or a solution to financial concerns.

Clearcast agreed. They said that whilst the characters were engaged with their bets and showed excitement at the anticipation of the results of the football, they did not consider that was socially irresponsible.

When the chips were down

The ASA disagreed with Ladbrokes, CAP Copy Advice and Clearcast.

The ASA acknowledged Clearcast and Ladbrokes’ view that the ad depicted the emotions involved in enjoying football. The ASA considered that in the first scene the man nodding up and down appeared to be continually placing bets rather than being focused on the game itself and as such appeared to have a preoccupation with his betting, and the reference to “I’m a nodder, up to the football, down to the app like a dog on a dashboard” was likely to be interpreted by viewers as referring to a man who repeated that behaviour all through the game, and who was engrossed in betting (presumably beyond what would be reasonable).

The ASA acknowledged Clearcast’s view that the ad depicted men going about their business and aware of their surroundings, but in the second scene the ASA was concerned that it depicted a man on a station platform miming kicking a ball in frustration, unaware of his proximity to another passenger who was shown reacting to his behaviour. They were concerned that his behaviour was as a result of his betting, rather than just enjoying football, and therefore that he was indeed detached from his surroundings and appeared to have a preoccupation with gambling.

Perhaps more controversially, in relation to the final scene which included the VO claim “If I’ve got an acca [accumulator] coming in, I find myself getting very excited.” the ASA considered viewers would interpret that to mean that the men’s excitement was coming from potentially winning an accumulator, rather than the football. What is controversial to my mind is that the ASA concluded that showing 'excitement' in association with gambling coupled with 'extreme tension' as the punter awaits the result of their bet amounted to a 'major mood swing' that directly related it to the tension of potentially winning an accumulator, rather than just watching sports, and therefore the ASA also upheld against the ad on this point because they considered this amount to depicting problem gambling behaviour.

For all of those reasons, the ASA concluded that the ad depicted gambling behaviour that was socially irresponsible (including problem gambling behaviour such as detachment from surroundings, mood swings, and preoccupation with gambling), and therefore breached BCAP Code rules 17.3 and 17.3.1 (Gambling).

The ad must not appear again.

“If I’ve got an acca [accumulator] coming in, I find myself getting very excited.” 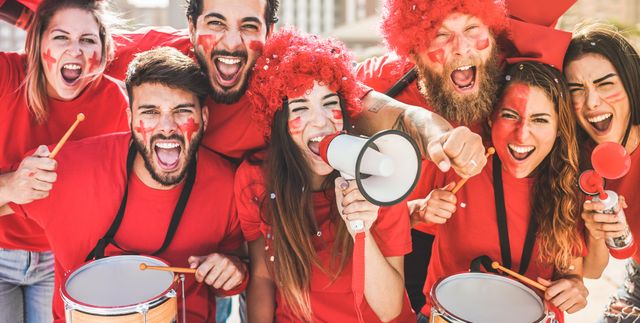