We’ve been talking about the flurry of government and regulatory activity in relation to gambling for a few months now – and now the UK government has launched a “major and wide-ranging review of gambling laws to ensure they are fit for the digital age” as part of a call for evidence closing at the end of March 2021.

There have been wide-ranging concerns about gambling for some time, and it is believed that problems have been exacerbated by the pandemic. The call for evidence follows a Conservative party manifesto commitment to review gambling laws in 2019, as well as the House of Lords Gambling Industry Select Committee report on the Social and Economic Impact of the Gambling Industry, to which the government has now published its response.

The key issues to be considered in the call for evidence are online restrictions, advertising and marketing and the powers of the Gambling Commission as well as consumer redress and age verification.

The government wishes to examine in detail how gambling has changed over the past 13 years since the Gambling Act 2005 was passed in 2007. The government says that the findings of the call for evidence will be used to inform any changes to the Gambling Act 2005 to ensure customer protection is at the heart of the regulations, while giving those that gamble safely the freedom to do so.

The current regulatory framework places player protection obligations on gambling companies as conditions of their operating licences. Breaches are subject to compliance and enforcement action by the Gambling Commission. It has recently called for evidence on how affordability checks at certain predetermined thresholds might add to the protections for online gamblers. Concerns have been raised that the current system of tailored online protections is not sufficiently effective at preventing gambling harm, with gamblers being able to spend very large sums of money which they could not afford in short spaces of time without effective operator intervention.

Concerns have also been raised about the nature of online gambling products themselves. The government is therefore seeking evidence on these current online protections, and whether changes are needed at the product and/ or account level to improve player safeguards.

The government also seeks evidence on so called ‘white label’ agreements, where a company which does not itself hold a licence from the Gambling Commission provides the brand for a gambling website which is operated by an existing licensee. The Commission has made clear, including through enforcement action, that licensees will be held to account for the activities of their white label partners. However, concerns have been raised that the companies who provide the brands may be seeking to use white label arrangements as they would be unable to meet British regulatory standards required to obtain a licence themselves, and that this therefore poses risks to consumers.

The government is also aware that the online gambling market is evolving fast and recently completed a call for evidence about loot boxes to complement the wider review of the Gambling Act 2005.

The Gambling Act 2005 liberalised advertising rules, permitting advertising of all gambling products subject to new controls. More recently, there has been a shift in focus to advertising online and via social media. Analysis commissioned by GambleAware estimated that in 2017, the gambling industry spent £1.5bn on advertising and marketing, around 80% of which was through online channels. The government recognises that this represents a significant revenue stream for broadcasters and advertisers, and invites evidence on this alongside evidence on harms caused by advertising.

A significant channel for gambling brand marketing is sponsorship of sports teams and events, including shirt sponsorship and similar deals with sports bodies. Commercial arrangements with gambling operators are a significant source of income for British sports and teams, particularly horse racing and football teams. There is growing public concern about the relationship between sport and gambling.  The government seeks evidence on the positive and negative outcomes of this relationship to strike an appropriate balance in developing policy.

The government says that it needs to understand the scale of issues, such as the online black market and operator malpractice, and whether the Commission has sufficient powers under the current framework to address them. The government also asks for views on improving consumer redress.

As part of the government’s reforms to gambling law, it also plans to raise the minimum age for playing the National Lottery from 16 to 18 from October 2021 and is canvassing views on this as part of the call for evidence.

The government says that it recognises the need to balance the enjoyment people get from gambling with the right regulatory framework and protections.

Industry bodies have also made this point. Michael Dugher, Chief Executive of the Betting and Gaming Council, said:  “as the standards body for the regulated industry, we strongly welcome the launch of the Government’s Review. We called for it to be wide-ranging and evidence-led, and it provides an important opportunity to drive further changes on safer gambling introduced by the industry in the past year.

“Problem gambling may be low at around 0.7 per cent and as the DCMS has said there is no evidence that it has increased in the last 20 years, but one problem gambler is one too many. So I hope Ministers will focus in with laser-like precision on problem gamblers and those at risk. The Government must ensure that any changes do not drive people to the unregulated black market online, where there aren’t any safeguards to protect vulnerable people.” 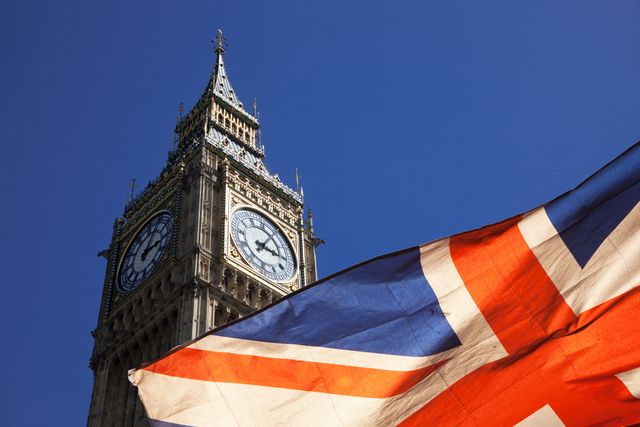