The ASA (Advertising Standards Authority) appears to be coming out of Covid-19 induced hibernation with a slew of rulings this week.

After a slow trickle of 2-3 rulings a week over the past few months, today the ASA published eight rulings, with seven of these being upheld.

Two of these rulings will be of particular interest to the gambling industry.  Both ads were seen in July 2020:

Let's take a closer look at these rulings.

A paid-for Google search ad for Foxy Games was targeted at individuals hoping to make money online. It was displayed when the search term “make money online” was used, and the ad itself stated “<u>Earn Money Online</u> – Foxy Games – Play Online”.

One person saw the ad in July 2020, and complained to the ASA the ad seemed to be irresponsible by suggesting consumers could achieve financial security by playing the Foxy Games's slots and bingo games.

The CAP Code states that:

16.1 Marketing communications for gambling must be socially responsible, with particular regard to the need to protect children, young persons and other vulnerable persons from being harmed or exploited.

16.3.4 [Marketing communications must not] suggest that gambling can be a solution to financial concerns, an alternative to employment or a way to achieve financial security

Foxy Games didn't mount a defence. They simply responded to say that the ad appeared as a result of human error and that they had taken action to remove it. It isn't clear what kind of "human error" was involved.

Unsurprisingly perhaps, the ASA upheld the complaint against Foxy Games.  The ASA considered that the claim “Earn Money Online” suggested to consumers that the gambling system offered by the advertiser could be used to ‘earn’ money and therefore attain a regular source of income, and therefore suggested that gambling could be a way to achieve financial security.

It seems the advertiser had initially taken steps to address where the ad was served. Reading between the lines, we assume they ensured it would not appear to those searching for ways to 'make money online', but that they didn't voluntarily pull the ad across the board.  As the ASA considered the ad suggested gambling was a way to achieve financial security and was socially irresponsible, they were keen to ensure the ad would no longer be used anywhere.

The other ad which is of interest to us was a TV ad for Betfair Casino. This ad showed a man rushing to board his plane in an airport while another man was relaxing, sitting down drinking coffee and looking at his phone, which showed the Betfair Casino app while a voiceover (VO) stated, “The average time between the final call and boarding closing is 4 minutes and 53 seconds …” Further scenes showed people running to catch their flights while the VO continued “… an unofficial fact officially brought to you by Betfair Casino. Because when there’s a chance, there’s always a chance.”

While people around him continued rushing to board their flights, the man drinking coffee remained calm and got up to board his flight while continuing to play Betfair Casino on his phone.

The man approached his boarding gate, and showed the flight attendant his phone screen, which stated “MEGA WIN £119.08”. The VO stated, “Make the most of any chance with thirty free spins. Betfair Casino.”

Finally, the Betfair Casino logo appeared on screen, followed by the text “WHEN THERE’S A CHANCE, THERE’S ALWAYS A CHANCE”, “NEW CUSTOMER OFFER”, “30 FREE SPINS” and “NO DEPOSIT REQUIRED”.

Various disclaimers appeared throughout the ad which aren't particularly relevant for our purposes.

On person complained. They believed that the ad portrayed gambling as taking priority in life by showing someone gambling in a time-pressured situation after the final boarding call for his flight, challenged whether the ad was irresponsible.

The BCAP Code states that Advertisements must not:

17.3.1 portray, condone or encourage gambling behaviour that is socially irresponsible or could lead to financial, social or emotional harm

17.3.4 portray gambling as indispensable or as taking priority in life; for example, over family, friends or professional or educational commitments

Readers will know that TV ads in the UK have to be pre-approved by Clearcast.

Betfair Casino stated that "great care had been taken when creating the ad to ensure that it complied with the requirements of the BCAP Code" and the ad had been approved by Clearcast.

They argued that the main character was enjoying a leisurely cup of coffee whilst waiting to board his flight. He was calm when the final call for his flight was announced, and was shown to be calm and aware of his surroundings and boarding time when he took out his phone to use the Betfair Casino app. The fact he only had “4 minutes and 53 seconds” to play suggested that the man had only intended to have a quick game on Betfair Casino - hardly an excessive amount of time.

His relaxed demeanour further suggested that he was travelling during his leisure time and there was therefore no suggestion that gambling was taking priority in his life over other commitments. He wasn't ignoring his family, friends or any other travelling companions, or letting the app take priority over them, as he was travelling alone. The man showed his phone to the flight attendant which demonstrated that he was not gambling secretly or doing something of which he felt ashamed or ought to feel ashamed.

Betfair Casino said that the line “When there’s a chance… there's always a chance” together with the overall impression created by the ad suggested that gambling was something that people could do when they had a spare moment as a form of leisure or entertainment. They did not believe that the line suggested that people should bet all the time or for an excessive period, or that gambling took priority in life over family, friends or other professional or educational commitments.

[Note: the line "Whenever there's a chance..." might have been interpreted differently because it implies more strongly that it is something to be done whenever the opportunity arises, rather than occasionally]

The ASA agreed with the above arguments, and although the man was momentarily occupied with gambling, he was not distracted because he heard the ‘final call’ and appeared to have made his flight on time in a calm and collected manner without needing to rush. The ASA agreed that the claim “When there’s a chance, there’s always a chance”, implied that gambling could be taken up as a leisurely activity when a spare few minutes were available.

The ASA therefore concluded that the ad did not portray, condone or encourage gambling behaviour that was socially irresponsible, nor did the ad portray gambling as indispensable or as taking priority in life.

The ad was not in breach so can continue to be shown.

So, what can we glean from these two rulings?  Well, other than the fact that you win some, you lose some, it's important not to present gambling as a means of earning money (Foxy Games). It is also important to take great care not to show gambling as taking priority in life or over work or relationships, or to encourage excessive gambling, but it's still possible to create ads which are lighthearted and fun without breaking the rules.

You can read the full Foxy Games ruling here, and the Betfair Casino ruling is available here.

“When there’s a chance, there’s always a chance” - Betfair Casino 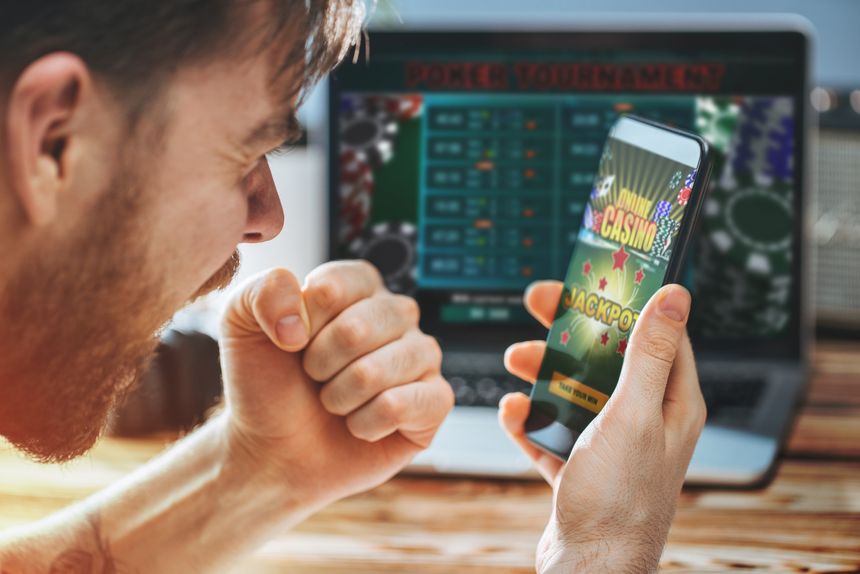