The ASA has officially confirmed that those of us who are big fans of The Goonies aren't as youthful as we might pretend to be - in case we were still kidding ourselves.

A Ladbrokes ad on Facebook stated "Play The Goonies Jpk at Ladbrokes. Get 30+ Free Spins on top of your £50…". Below which was an image of a nautical map with superimposed text that stated "The Goonies", along with some realistic-looking golden doubloons and a logo that stated “Jackpot King”.

One person thought that the ad's reference to the film "The Goonies" was likely to be of particular appeal to those under 18 years of age, and challenged whether the ad, which clearly promoted gambling services, therefore breached the Code.

Ladbrokes (who removed the ad as soon as the complaint was made, apparently out of an abundance of caution) highlighted that the ad did not contain any imagery or characters from “The Goonies”. They pointed out that the film had been released in 1985 and was not a current or recent film that would be well known to children in 2021. Furthermore, the post had been targeted at males and females aged 18 years old and over. Existing customers and self-excluded users had been excluded from the post’s targeting.

In short, the ASA agreed with Labdrokes.

The ruling is worded in a confusing way, but ultimately the ASA found that the ad had been appropriately targeted (though it could conceivably have been seen by someone under 18), therefore the ASA focused on the question of whether the ad was of particular appeal to children or young persons, especially by reflecting or being associated with youth culture.

The ASA interprets this to mean that gambling ads must not appeal more strongly to under-18s than they do to over-18s.

The ASA understood that when the film was initially released in 1985, “The Goonies” had been directed at, and would have particularly appealed to, audiences under the age of 18.

If you are not old enough to remember and haven't been forced to watch it with your parents, the film involved a pirate-themed treasure hunt, and featured a group of precocious children. One of whom gave the world the Truffle Shuffle... you really need to watch it!

The ASA understood that since its release the film had become available on streaming services, but had not seen widespread re-release in cinemas. It has gained cult status, but mostly among adults who were children when the film was originally released... ahem.

The ASA considered that it was not a recent or current film with which children were likely to be familiar. The content of the film was likely to have some appeal for children, but, given its popularity among adults, the ASA did not consider that it was likely to appeal more to under-18s than over-18s, so this tipped the balance in Ladbroke's favour.  Also, the ad itself did not feature any characters or other imagery from the film. The nautical map and golden doubloons featured in the ad were not colourful, cartoonish, or otherwise presented in a way that was likely to resonate with children, and were more likely to have general or adult appeal.

The ASA concluded that the ad was not of particular appeal to under-18s and had not breached the Code.

“We considered that the nautical map and golden doubloons featured in the ad were not colourful, cartoonish, or otherwise presented in a way that was likely to resonate with children, and were more likely to have general or adult appeal." 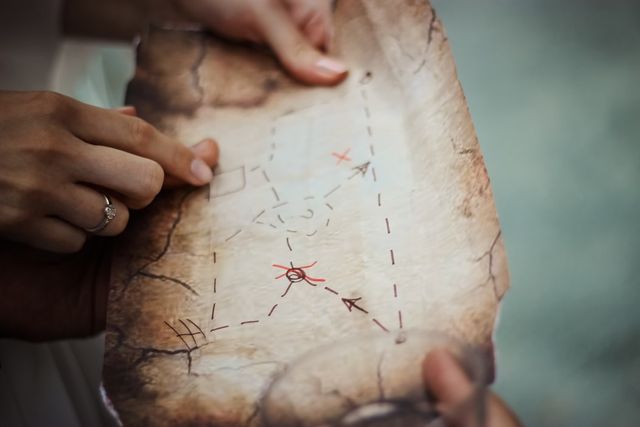