An ad for Ladbrokes, seen on Channel 4's Video on Demand service, All4, has been banned by the ASA.

The ad showed various people using the Ladbrokes app on their mobile devices. The ad showed a clip of a horse race, before showing a man in a café with several other people, looking away from them at something else in the distance, over the shoulder of one of them.

The voice-over stated, “Come starter’s orders, I’m a bag of nerves.” The man’s leg was shaking, making the food and cutlery on the table shake. A woman said to him, “Really?”, capturing his attention briefly, before he turned away again.

One person complained because they believed the ad depicted gambling behaviour that was socially irresponsible.

LC International Ltd t/a Ladbrokes argued that they did not believe the ad depicted socially irresponsible behaviour. They argued the scene did not depict gambling. The man was not shown placing a bet at the time or beforehand, nor does he mention or suggest he had done so. Gambling is not mentioned in the scene at all. Ladbrokes argued he was simply stating that he got nervous ahead of starter’s orders, and that this was just his natural reaction whether or not he was gambling. It was not intended to depict unhealthy gambling behaviour, and showing him being nervous ahead of a sporting event (which he was watching with friends eating a meal) was not socially irresponsible.

Clearcast said they understood that the scene did show (or imply) a man who had placed a bet on a horse race and was watching the televised race in a café, which was shortly to begin. He was simply showing excitement because the horse race was about to begin. They believed he was not detached from his surroundings but was focused on watching the race on television. Watching the build-up to the race led to anticipatory excitement, which was shown in the edit by comical knee tapping. When his companion pointed out his plate of eggs were wobbling, he replied straight away, which showed he was neither preoccupied nor distant. He reacted immediately and was never disconnected nor detached from her or the room. He might have been shown to have an annoying habit and a fidget but he was not shown being harmfully obsessed with his bet.

Channel Four said they did not believe the ad was socially irresponsible or could cause financial, social or emotional harm. While this scene depicted a level of excitement, they believed it went no further than acknowledging that betting was a leisure activity involving an element of excitement which it was reasonable to depict. The character’s exhibition of excitement was also challenged by his companion who said “really”, while giving a disapproving look.

The ASA upheld the complaint on the basis that it breached CAP Code rules 16.1 and 16.3.1 (Gambling).

The CAP Code states that ads must not "portray, condone or encourage" gambling behaviour that is "socially irresponsible" or "could lead to financial, social or emotional harm".

The ASA mentioned that CAP’s Advertising Guidance on ‘Gambling advertising: responsibility and problem gambling’ made clear that ads which portrayed or otherwise referred to individuals "displaying problem gambling behaviours or other behavioural indicators linked to problem gambling" were likely to breach the Code.

The ASA stated that advertisers should avoid depicting or implying such behaviours, even through light-hearted or humorous way. Such behaviours include detachment from surroundings and a preoccupation with gambling.

In the problematic scene in question, the man was watching the build up to a horse race intently on television, and his shaking the table with his knee which, while clearly intended to be humorous, suggested he was preoccupied with the race while his food remained untouched. He was described as being a ‘bag of nerves’, which the ASA considered viewers were likely to interpret was as a result of his having placed a bet on the race.

He appeared to be so engrossed in the race that his friend had to point out his actions (in a judgmental tone), to bring his attention away from watching the television. The ASA expressly disagreed with Clearcast’s view because the ASA believed the man was clearly disconnected from his surroundings and his friend, that he was clearly preoccupied with the outcome of the race, and there was a strong implication that he had placed a bet on the outcome of that race.

In summary, the ASA concluded that this scene depicted gambling behaviour that was socially irresponsible, and therefore breached the Code. The ad must not appear again in its current form, and Ladbrokes were told to ensure future ads do not depict gambling behaviour that is socially irresponsible, such as detachment from surroundings and preoccupation with gambling.

The full text of the ruling can be found here. 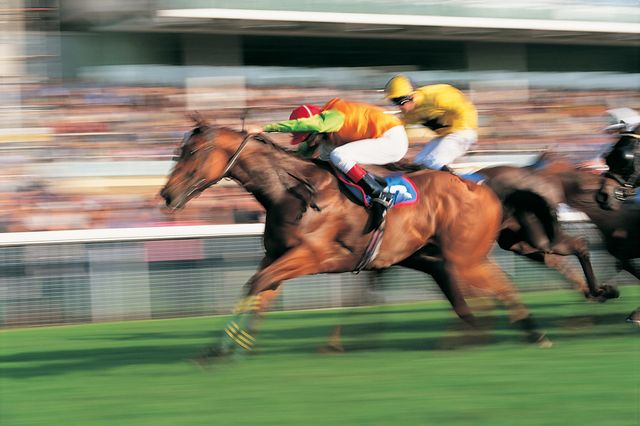